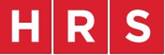 Russian Foreign Minister Sergey Lavrov on Wednesday announced the start of "a fairer world order" in cooperation with China.

Lavrov is in China to attend two multinational meetings on Afghanistan, along with representatives from Pakistan, Iran, Tajikistan, Turkmenistan and Uzbekistan, and he is referring to a future "multipolar" world order.

French newspaper Le Figaro cites the Russian foreign minister's visit to China, the first visit since Russia invaded Ukraine. And while many Western media and commentators envision a Russia that in every way emerges from the war in Ukraine, Sergey Lavrov's statements to the Chinese foreign minister, Wang Yi, may indicate that the Russians themselves envision a winning future.

"We are living a very serious stage in the history of international relations," the head of Kremlin diplomacy said at the start of a bilateral meeting with his Chinese counterpart, Wang Yi. "I am convinced that at the end of this phase, the international situation will be much clearer and that together with you and our supporters we will move towards a multipolar, fair, democratic world order," he told the Chinese minister.

The multipolar world order he mentions corresponds with the inspiration Putin draws from Alexandr Dugin, as we discussed in the case of Putin's holy war against Western values. Dugin is guided by the principle that "the nation is everything, the individual is nothing" in the Eurasian order, and he champions a new empire in what he refers to as a multipolar world. Furthermore, in the same case we discussed how the us withdrawal from Afghanistan can make the Eurasia states motivated to interact as a common multipolar actor:

One does not have to go to Putin's inspirators to be afraid in the situation the world and the West face today. The French philosopher and author Bernard-Henri Lévy is a household name in his home country, where he is briefly referred to as the BHL. In his book The Empire and the Five Kings – America's Abdication and the Fate of the World, he shows how the United States and the West are losing world domination, and he specifically points to how us isolationism has created a "huge vacuum" that can stimulate aggressive political ambitions in five powers "that are keen to redrudge;  to its advantage, the global map of authority and power."

He writes that Russia, China, Turkey, Iran and radical Sunni Islam are "starting to boil over again, setting themselves in motion, and given that the world recently witnessed the American withdrawal... will resume the attack on history.

Thus, it is extra interesting to see which countries meet in China to discuss Afghanistan. There are Pakistan, Iran, Tajikistan, Turkmenistan and Uzbekistan, all neighboring countries to Afghanistan. And it is also interesting that the unspoken framework of the meeting is that the countries have not condemned the Russian invasion of Ukraine. Unlike many Western nations, China has refused to condemn the invasion and has also lagged behind many other countries in providing humanitarian aid to Ukraine.

Beijing, which shares its hostility to the United States with Moscow, has since February 24 refused to condemn the Russian invasion of Ukraine, preferring to condemn Western sanctions against Russia. In early March, Wang Yi even hailed a "rock solid" friendship with Moscow, defending Russia's "reasonable" security concerns. A few weeks before the war in Ukraine, Russian President Vladimir Putin had been warmly received by his Chinese counterpart Xi Jinping in Beijing. The two countries then celebrated a "boundless" friendship and condemned the "expansion" of NATO.

The newspaper also writes that the Taliban leader in power in Kabul, Amir Khan Muttaqi, is also expected to attend the meeting.

According to a U.S. State Department spokesman, Washington's Special Representative for Afghanistan, Tom West, will attend the meeting. These meetings come a week after a visit to Kabul by the Chinese foreign minister, for the first time since the Islamist fundamentalists came to power last August. China shares a small border of 76 kilometers at a very large height with Afghanistan. Beijing has long feared that its neighboring country will become a reserve base for separatists and Islamists from the Uighur ethnic group, the majority in the vast region of Xinjiang (northwest), Le Figaro writes.

The "boundless friends" of course have a common interest in the region; economy, and subsequent power. It is no secret that there is great interest in Afghanistan's mineral riches, according to Al Jazeera estimated to be worth $1 trillion.

Al Jazeera writes that these mineral deposits, which no one has been able to develop during continuous conflict and violence, are seen as the key to a prosperous future.

Now several countries, including Iran, Russia and Turkey are looking to invest, filling the vacuum left by last year's chaotic U.S. withdrawal that led to the departure of international aid groups, the freezing of Afghan assets and the virtual collapse of the economy.

At this week's gatherings, China will try to position itself as the leading advocate for humanitarian aid and economic development projects in Afghanistan and will openly urge the United States to release the Afghan government's assets and accounts, said Columbia University political scientist Alexander Cooley, an expert on Central Asia.

"China quietly asserts itself as the leading external power in the region," Cooley told the Associated Press news agency. "In doing so, it will position itself both as a critic of US regional policy and as an alternative leader of a humanitarian coalition made up of Afghanistan's neighbors," Al Jazeera reports.

With yet another look back at our article Putin's holy war with Western values, it may be worth adjusting the focus on the religious aspect of alliance building taking place eastwards.

Nevertheless, the countries have strong commonalities – autocratic governance – and here one cannot help but notice that autocracy and religion go hand in hand in terms of bringing the people together. Perhaps it becomes particularly evident when comparing these countries that Islam is political in its form, with its rigid sharia coinciding with the rising autocratic political guidelines laid down in both China and Russia.

The spiritual aspect is certainly present in all the aforementioned countries, and what they can gather together about is the threat picture the West poses to moral decay. Nothing seems as unifying as a common external enemy.

Here it must be shot that "external enemies" act unifyingly on groups at different levels and are a well-known phenomenon from social psychology research. The phenomenon may appear seemingly negative, but for the groups gathered it will be positive and strengthening, we wrote.

The religious aspect is definitely important, but at the same time the prospect of strengthened economy and future welfare is an even stronger power factor than religion. The alliance building eastwards may show that many of the world's autocratic-governed states don't care about Western faith in the universality of human rights. If anything, the warfare against Ukraine should remind the West of this very thing; we constitute different civilizations, where faith in the excellence of Western liberty is not shared by anyone but ourselves.

You can support HRS by sharing the article, by following us on Facebook and by giving a gift. Don't our articles appear in your Facebook news feed? See here for more information.